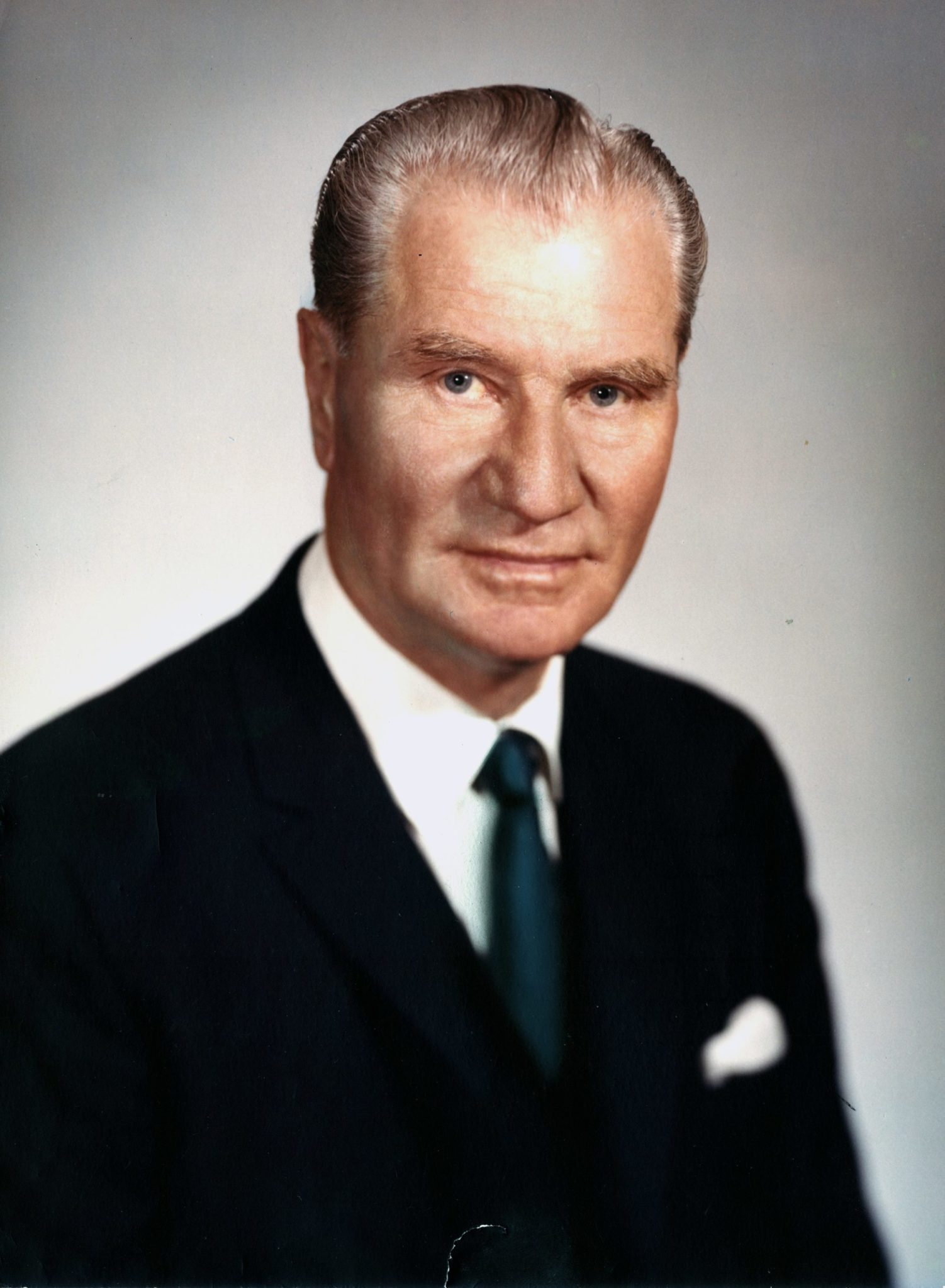 Edd H. Bailey’s leadership and vision at Union Pacific led to the development of the world’s largest railcar classification yard, which bears his name. He was born in Elmo, Missouri, in 1904 and his family eventually homesteaded in Colorado.

At age 17, he joined the Union Pacific in Cheyenne, Wyoming, as a helper in the car repair shop–and worked as a blacksmith, loaded mail cars, and served as a brakeman, conductor, special police agent and train master.

In 1950, he was named General Superintendent of the Eastern District, headquartered in Cheyenne. His rise through the ranks of UP management was swift. He was appointed Vice President of Operations in 1957 and seven years later became head of the transportation division. He was elected President of the Union Pacific Railroad and Director on January 1, 1965. He served as President until 1971 and as a member of the board of directors until 1974.

Bailey Yard was dedicated in October 1968–and Edd himself released the first railcar. Edd Bailey passed away in 1988 at the age of 83.