During the golden age of American train travel, the dining car was a place for passengers to relax and enjoy a delicious meal, which were prepared by chefs entirely from scratch, but the earliest days of train travel were not at all opulent.

The History of Dining Cars

At the beginning of train travel in the 1840s, passengers were expected to bring their own meals on trips or eat at restaurants during stops along the line. Stops were not always very frequent though, as trains would usually only stop along the line to fill up on water.

By the 1870s, the Transcontinental Railroad stretched all the way to California and introduced a new era of railway dining. Charles Nordhoff, a journalist of the era, wrote his account of train foods published in Harper’s Magazine in 1872, “The cooking is admirable, the service excellent, and the food is various and abundant.” Passengers could dine on everything from freshly hunted buffalo to broiled muttonchops to veal cutlets and wash everything down with French champagne. 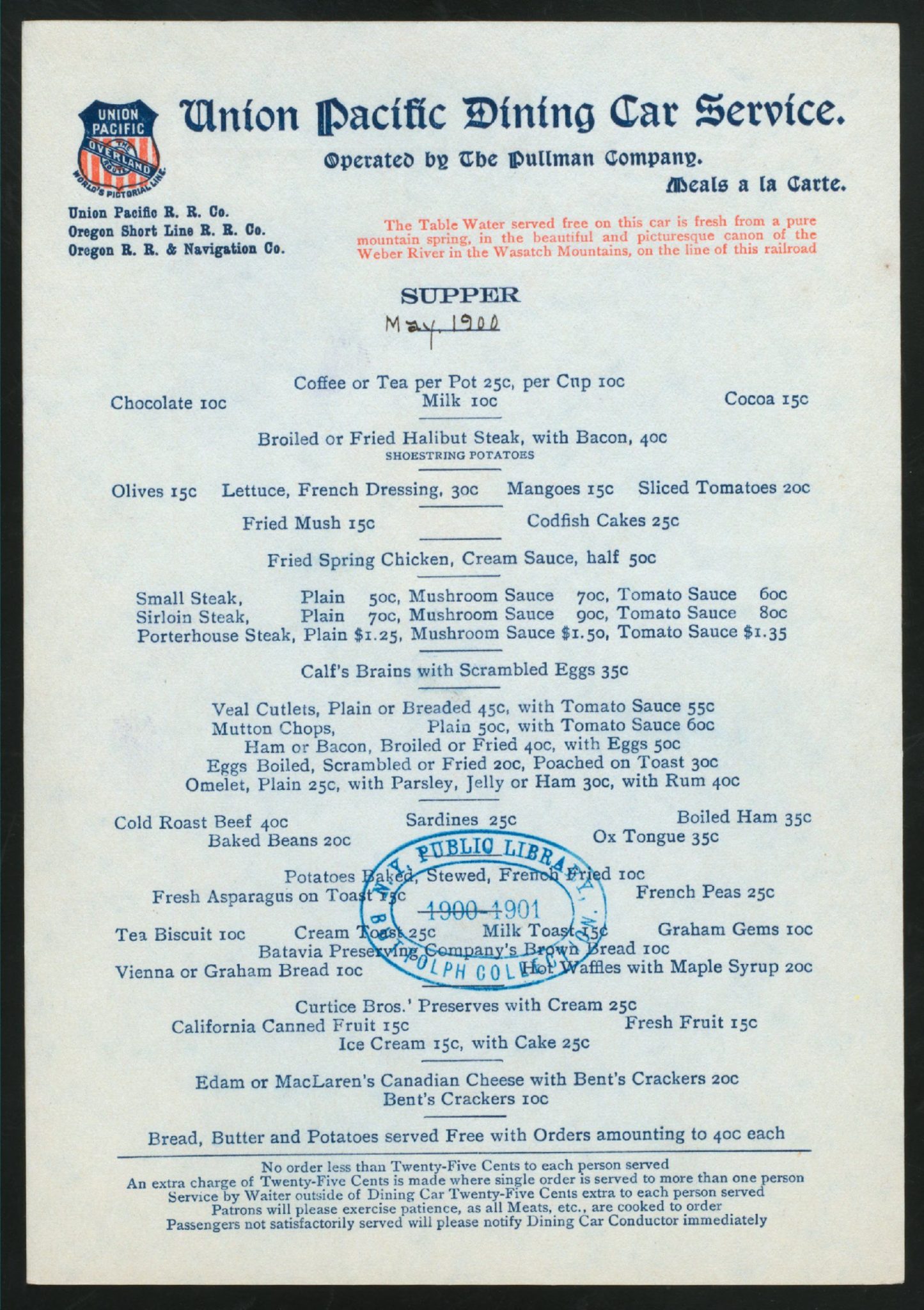 George Pullman sought to fulfill rail travel comfort and in 1868 the Pullman Co. introduced the Delmonico–a dining car named after the famed New York restaurant. More railroads began offering meals aboard trains, each boasting better meals and more amenities than the other.

Dining cars serve as a symbol of the golden age of train travel and are seen as opulent places for rest during a long trip. Now that rail travel is uncommon, dining cars have somewhat been phased out as well, but there are still some rail lines operating today that give passengers a chance to take a trip back in time and enjoy a nice hot meal during their journey.

Setup of a Dining Car

A dining car is set so that one end contains a galley (where the food is prepared and cooked), with an aisle for passengers to get to other cars. The opposite end usually contained tables or booths for seating with a middle aisle for service. 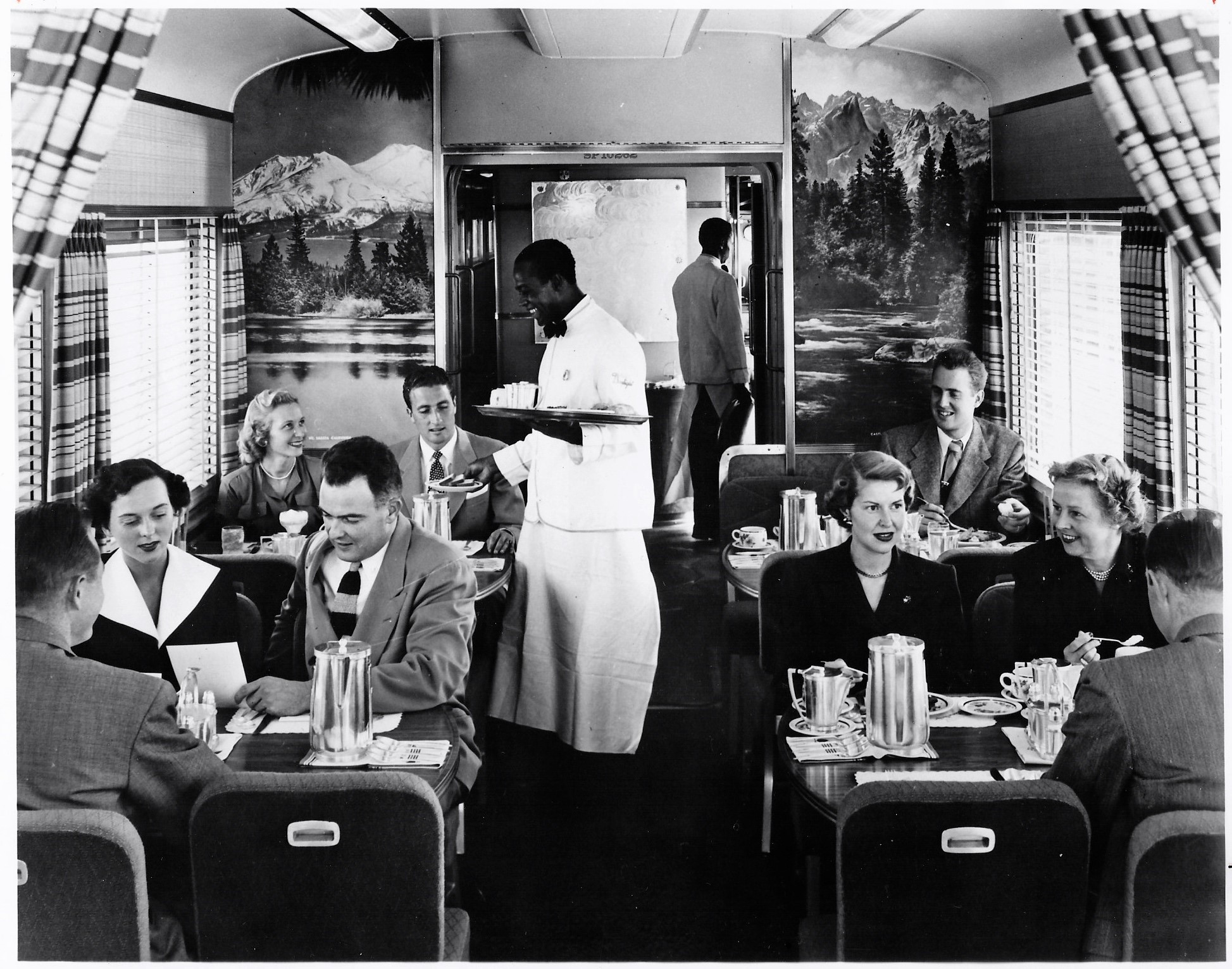 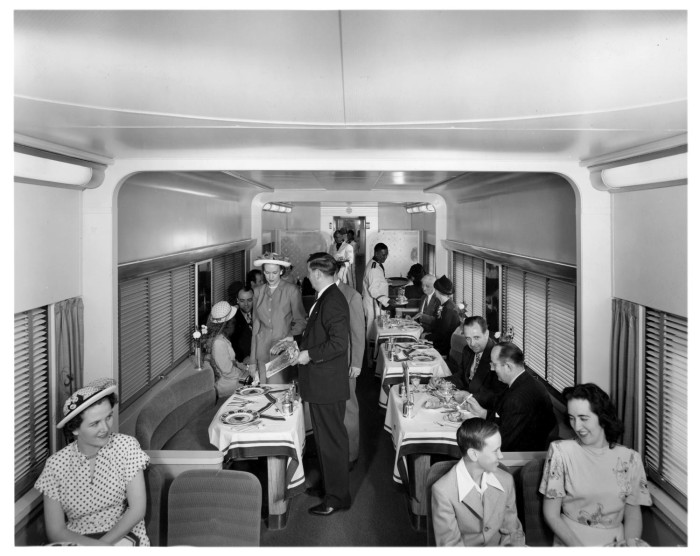 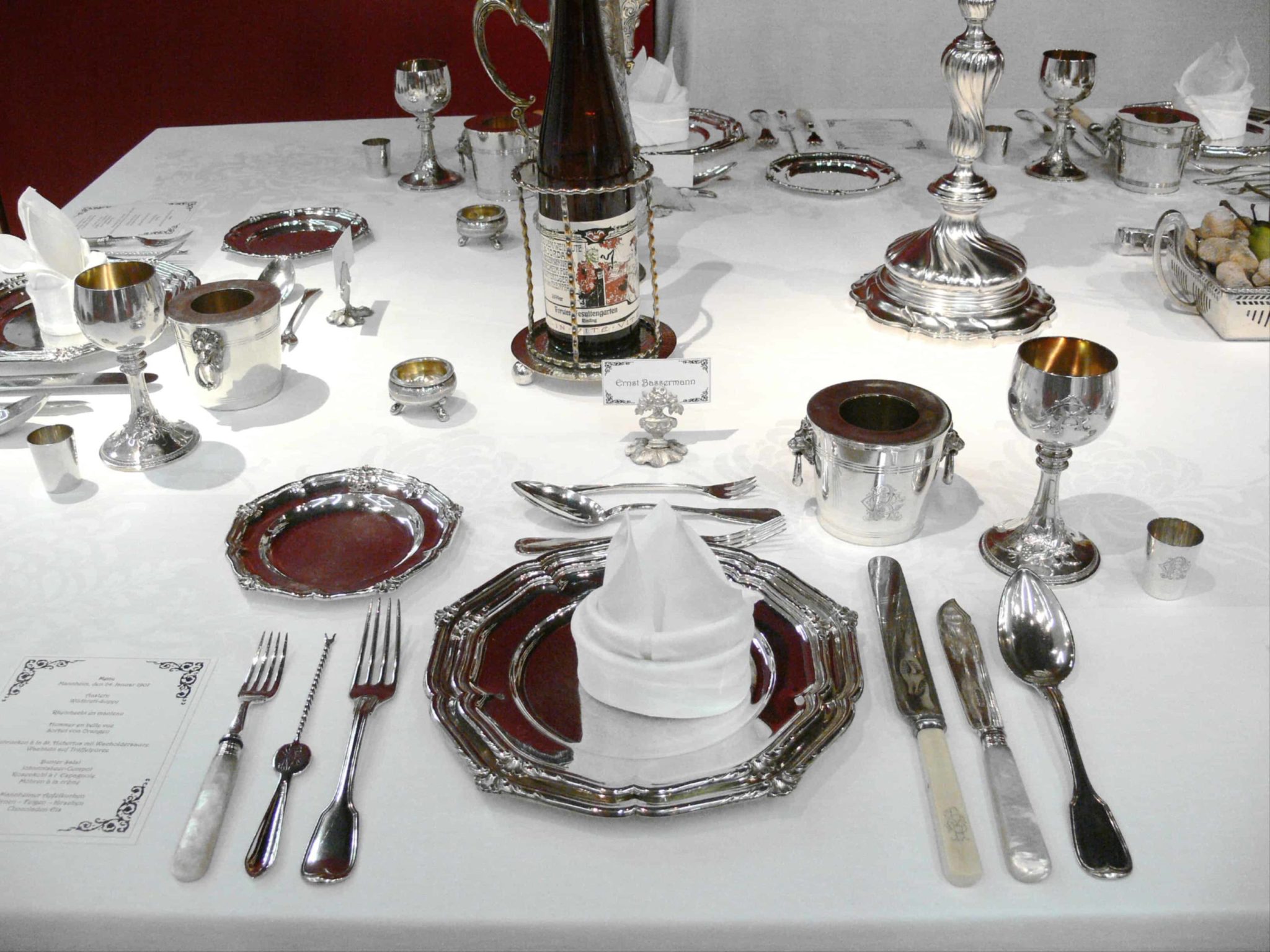 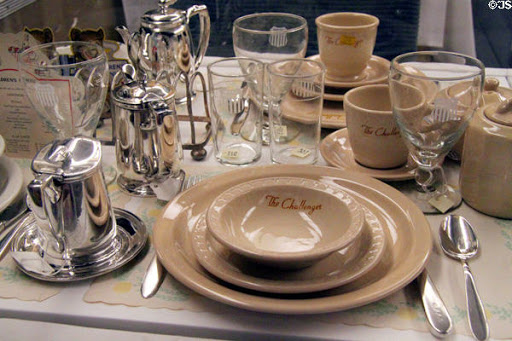